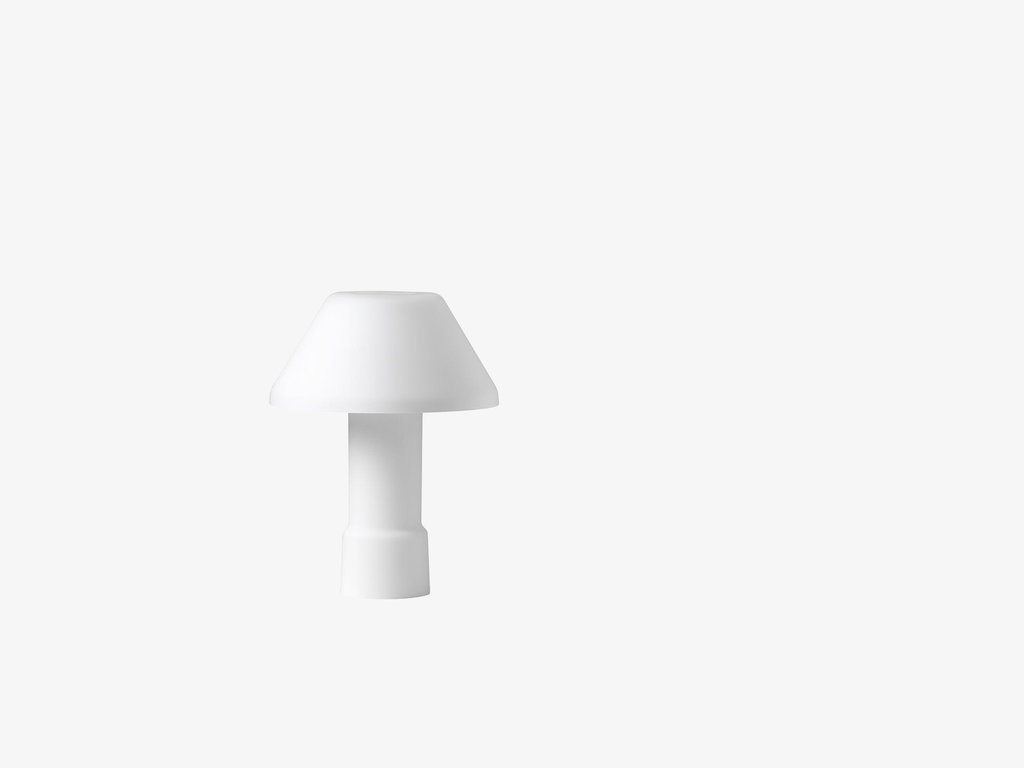 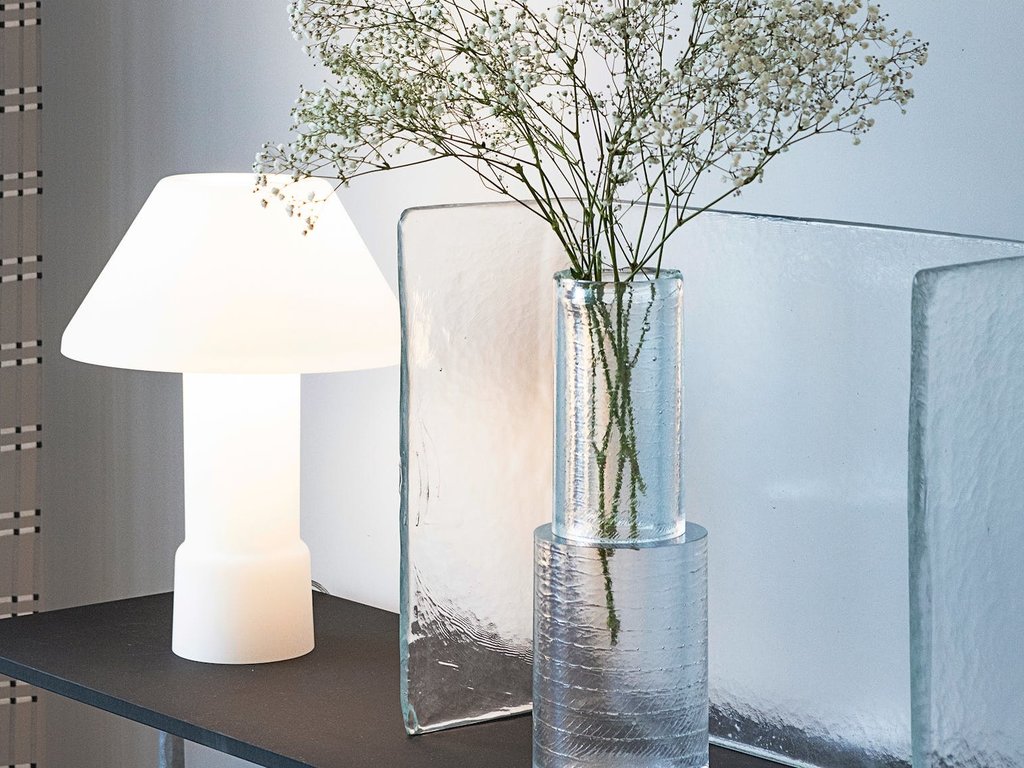 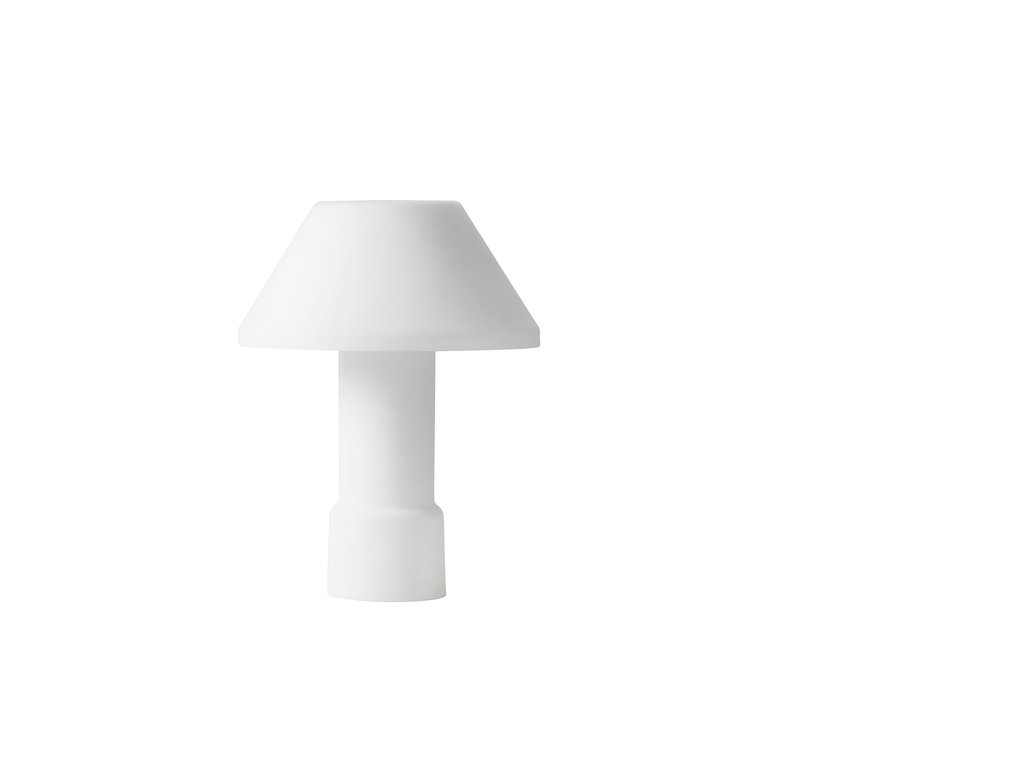 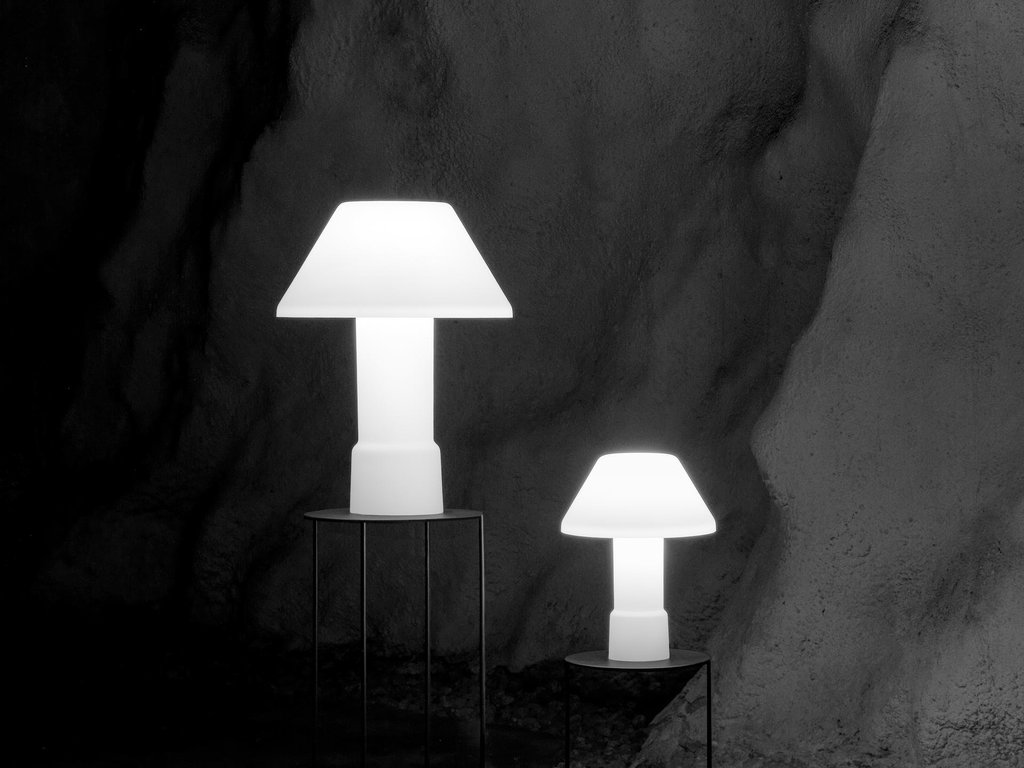 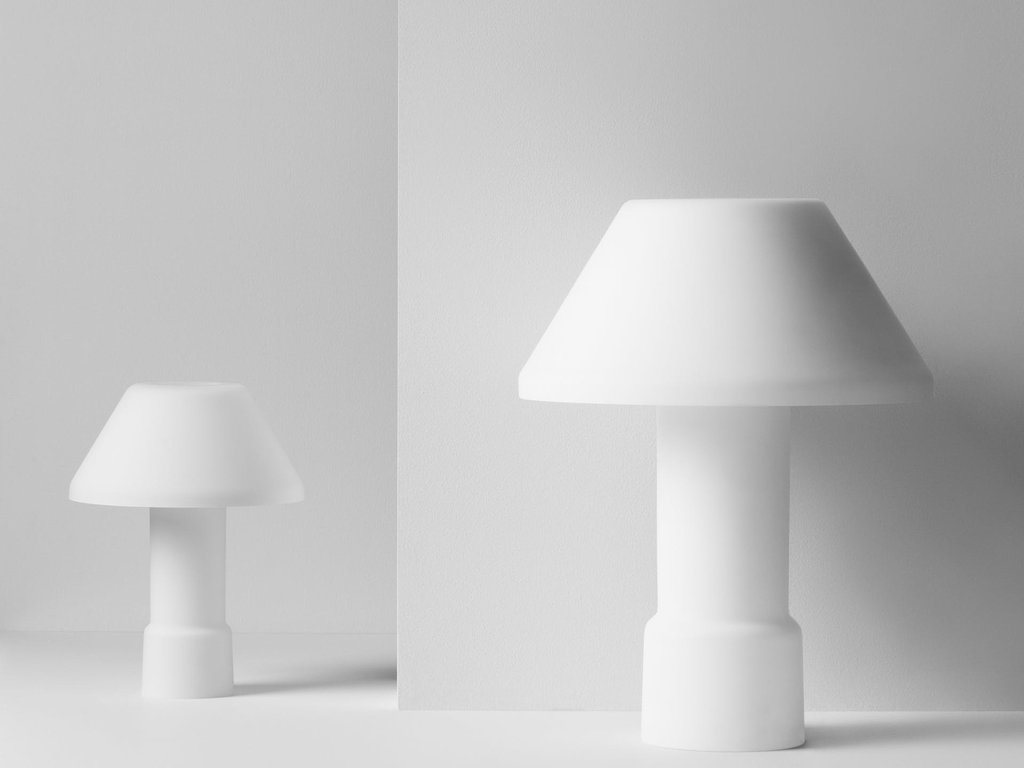 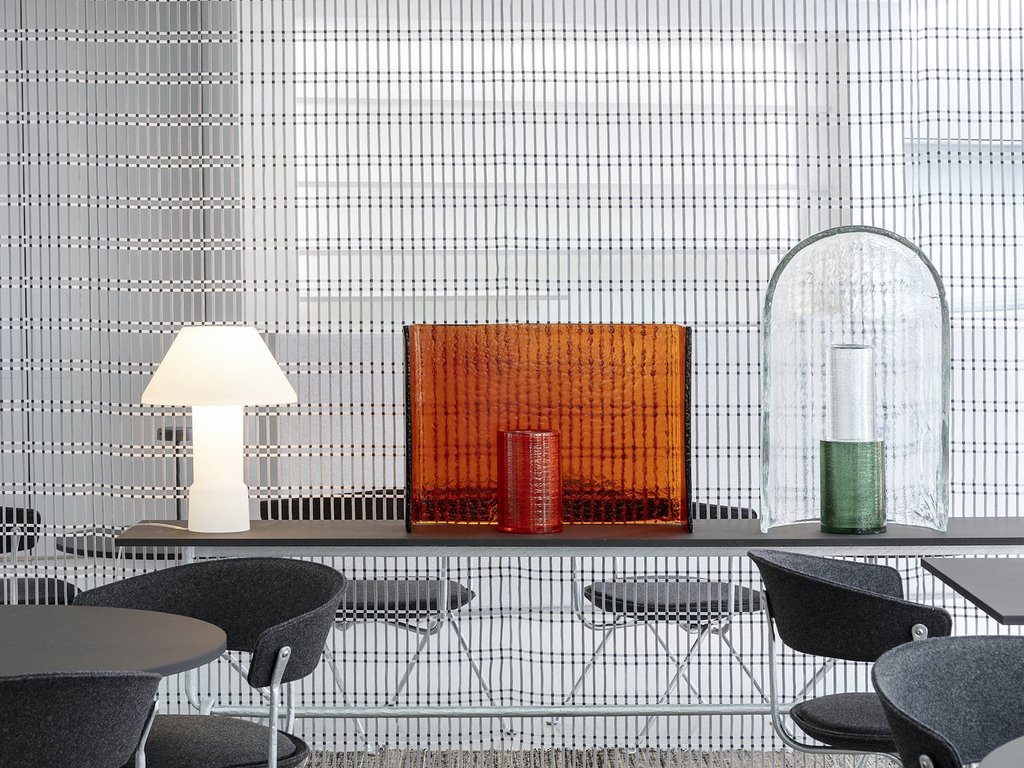 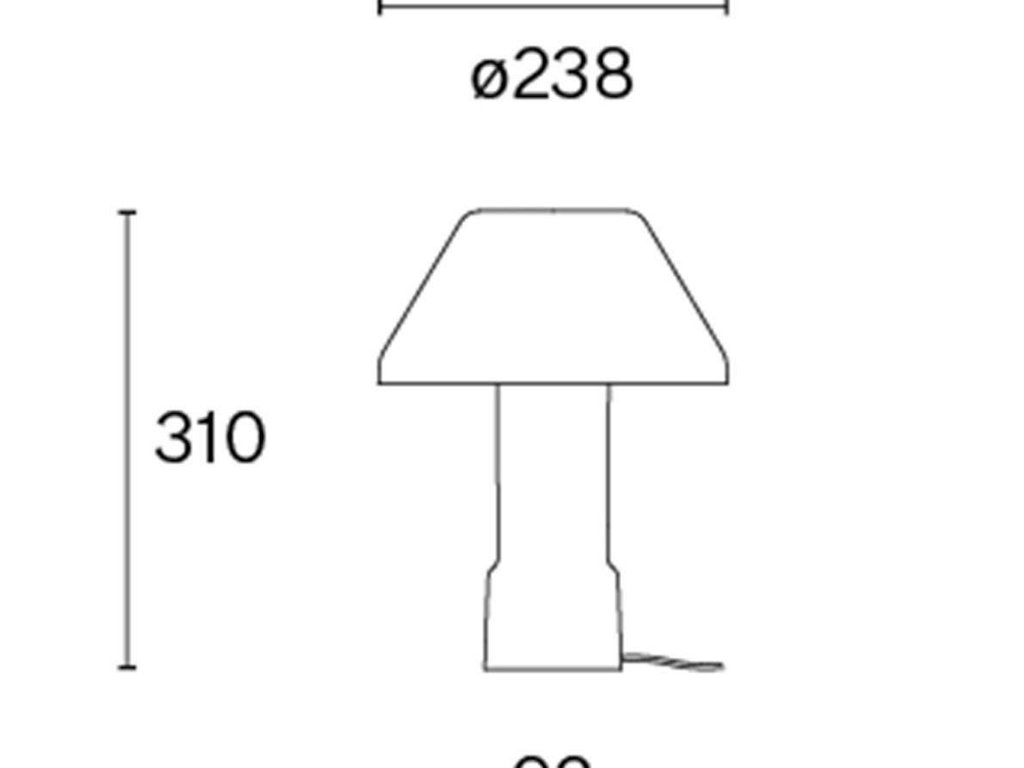 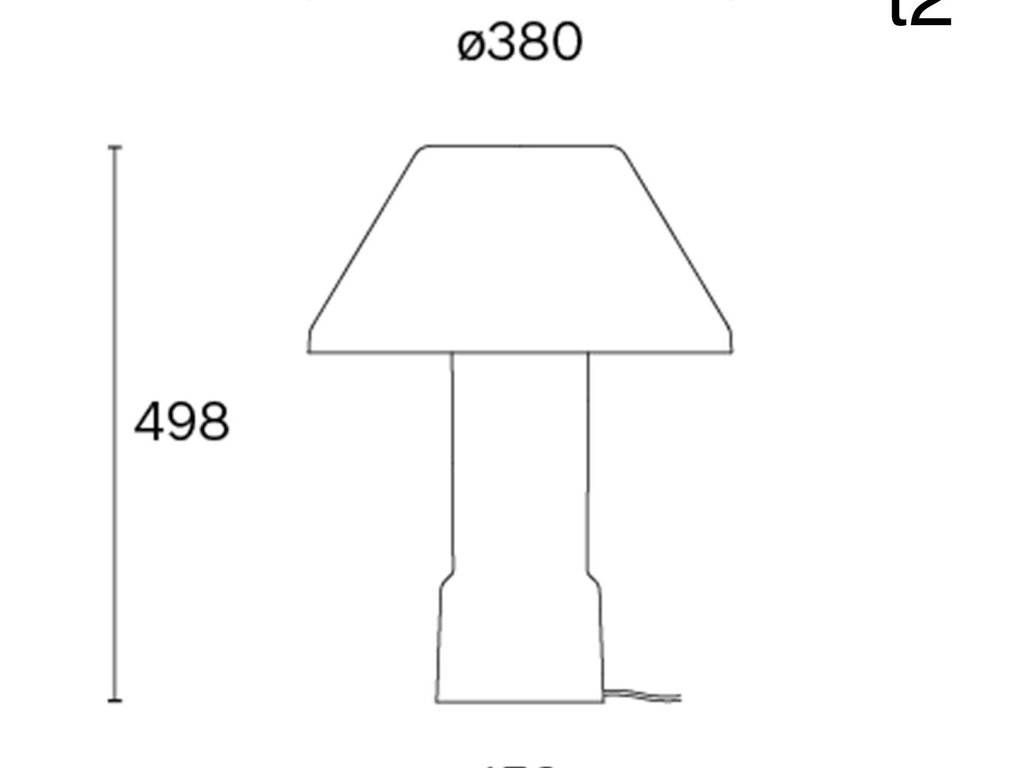 Taking its name from the French word for glow-worm, w163 Lampyre consists entirely of soft, soothing light behind white mouth-blown opal glass. Even at its brightest, it is a pleasure to look at; dimmed down, it is perhaps at its most beautiful, glowing phantom-like from base to top.

w163 Lampyre consists of two parts – a base and a shade, made of carefully mouth-blown matte glass and combined into a single entity of soft, dimmable glow when lit.

With its gentle, reassuring light, w163 Lampyre provides a comforting and familiar touch to any interior – a modern-day fire.

The w163 Lampyre is available in two sizes, where the larger version makes an ideal solitary piece, bringing atmospheric, soft light to the corner of a room or a tabletop. The smaller version is the perfect detail for a bookshelf, nightstand or perhaps a window, where it can shine its friendly light down onto the evening streets.

French designer, born in Paris, Inga Sempé graduated from ENSCI-Les Ateliers (Ecole Nationale Supérieure de Création Industrielle, Paris) in 1993. From 2000 till 2001 she was scholarship holder at the Villa Medici, Académie de France in Rome and opened her own studio the same year. In the beginning, she first collaborated with the Italian companies Cappellini and Edra. Now Sempé works among others with scandinavian, italian and french companies such as HAY, Ligne Roset, Wästberg , Alessi, LucePlan, Mutina, Røros, Moustache, Svenskt Tenn, Gärsnäs… She lives and works in Paris assisted by two other designers.