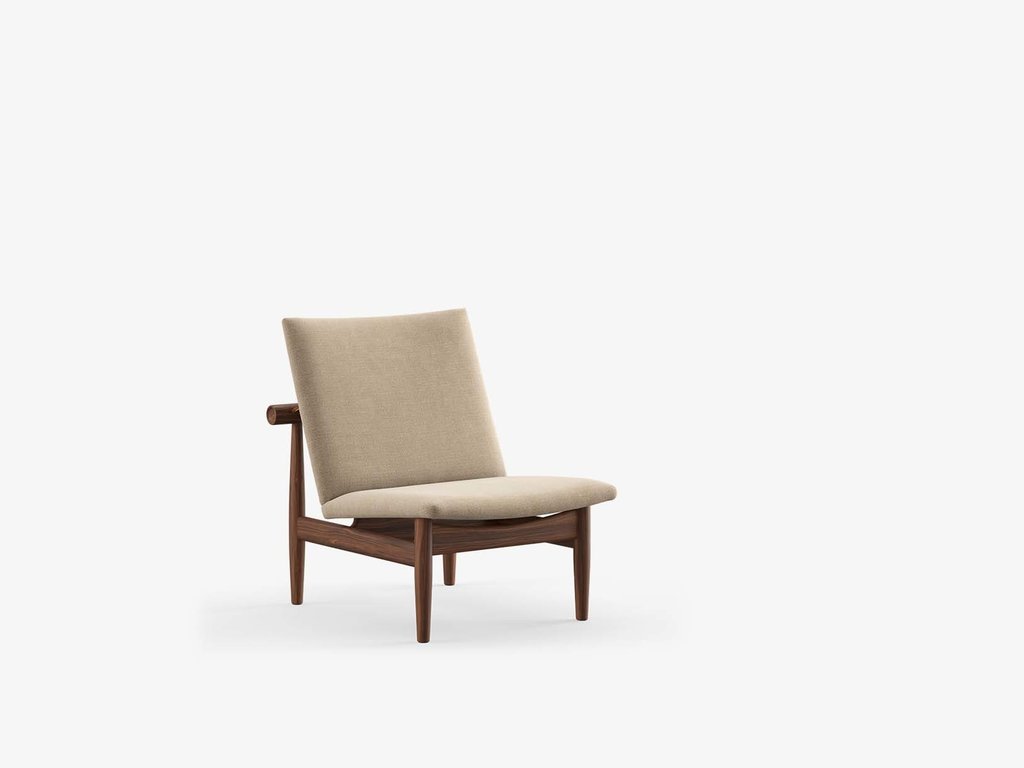 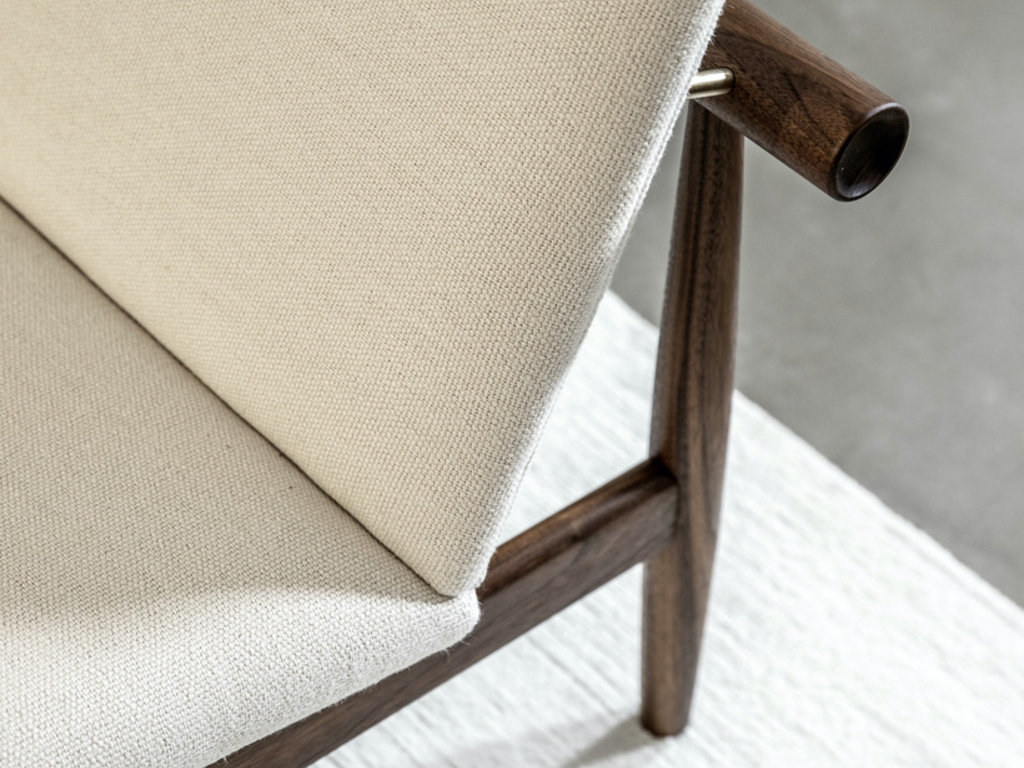 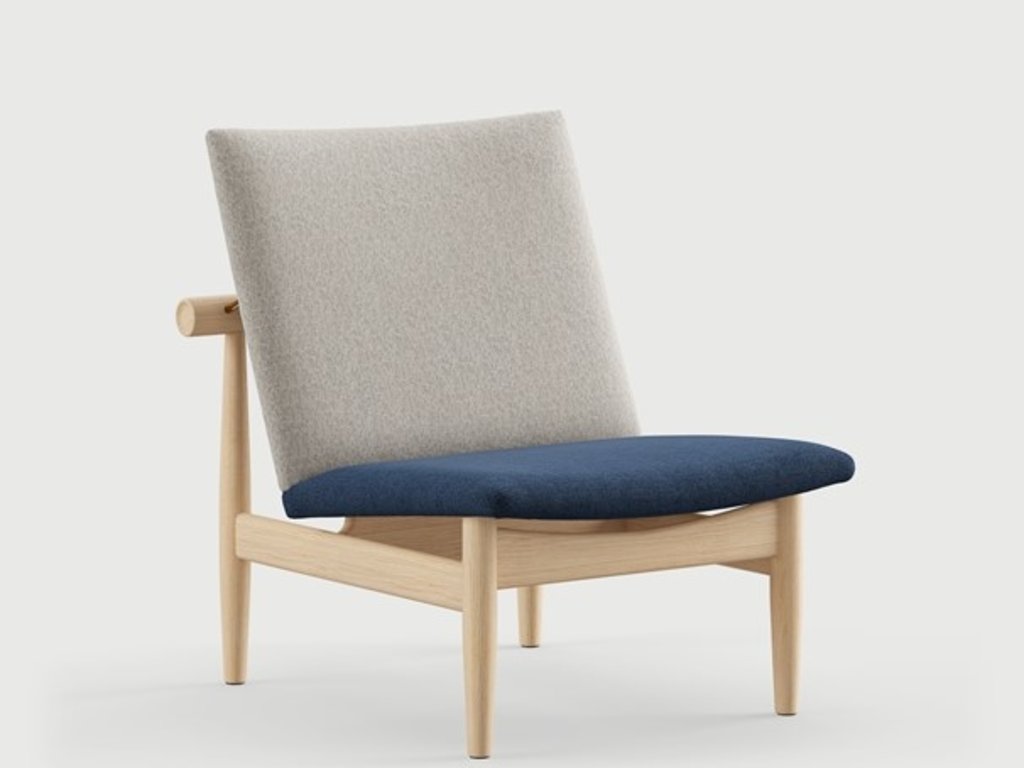 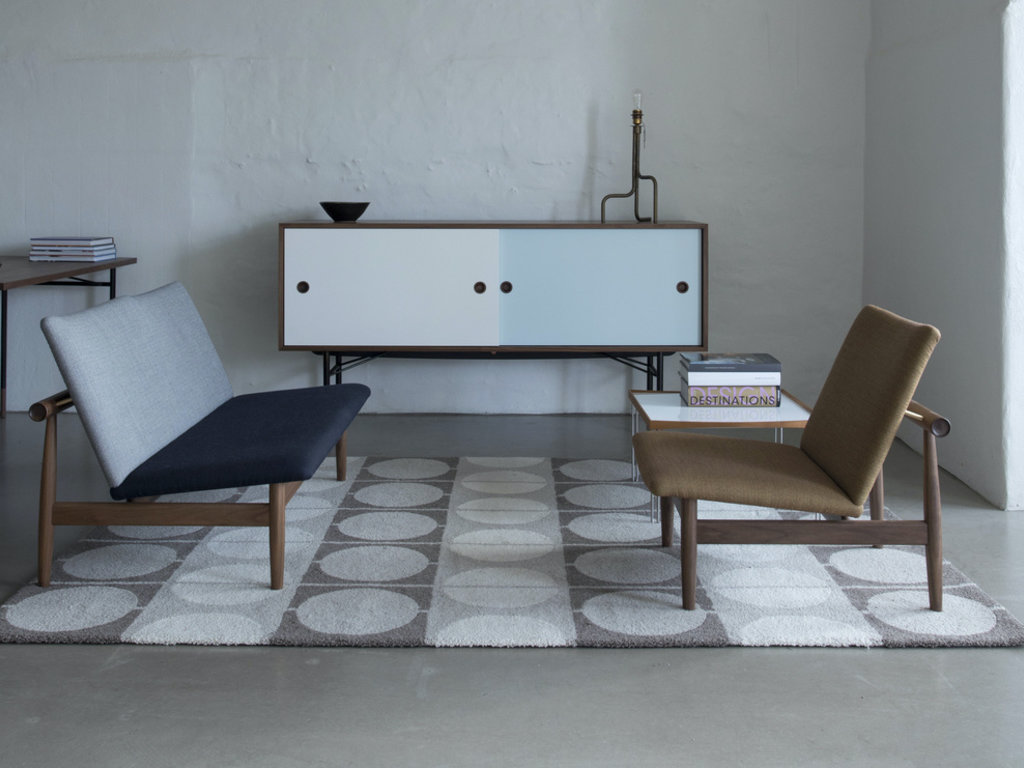 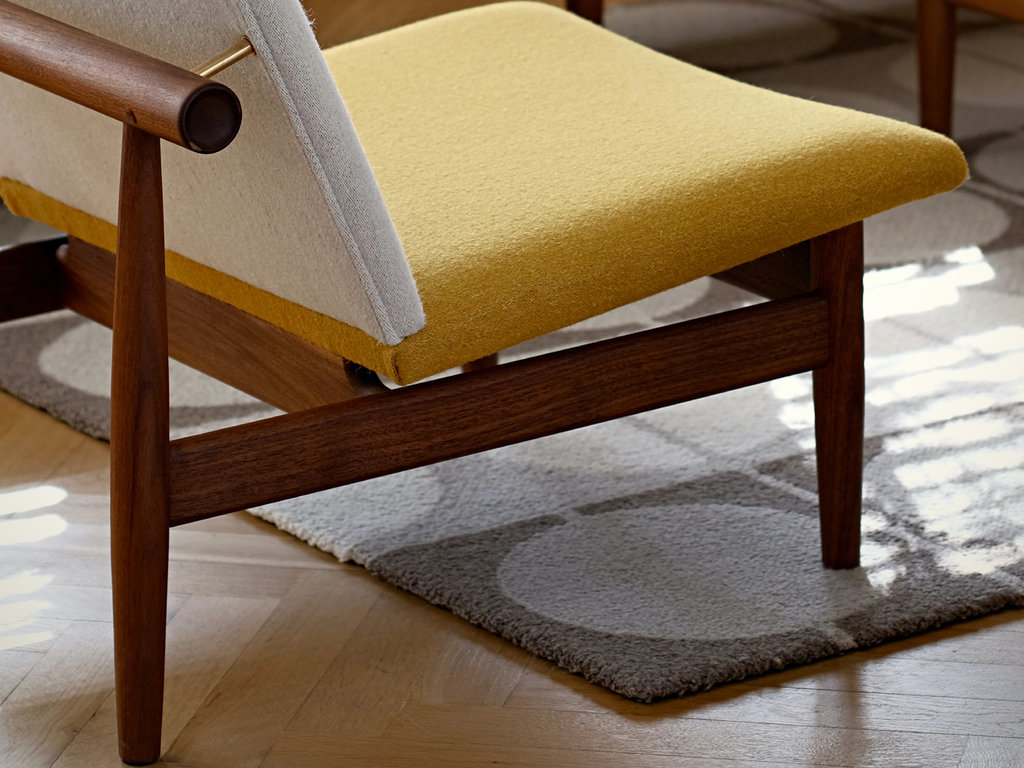 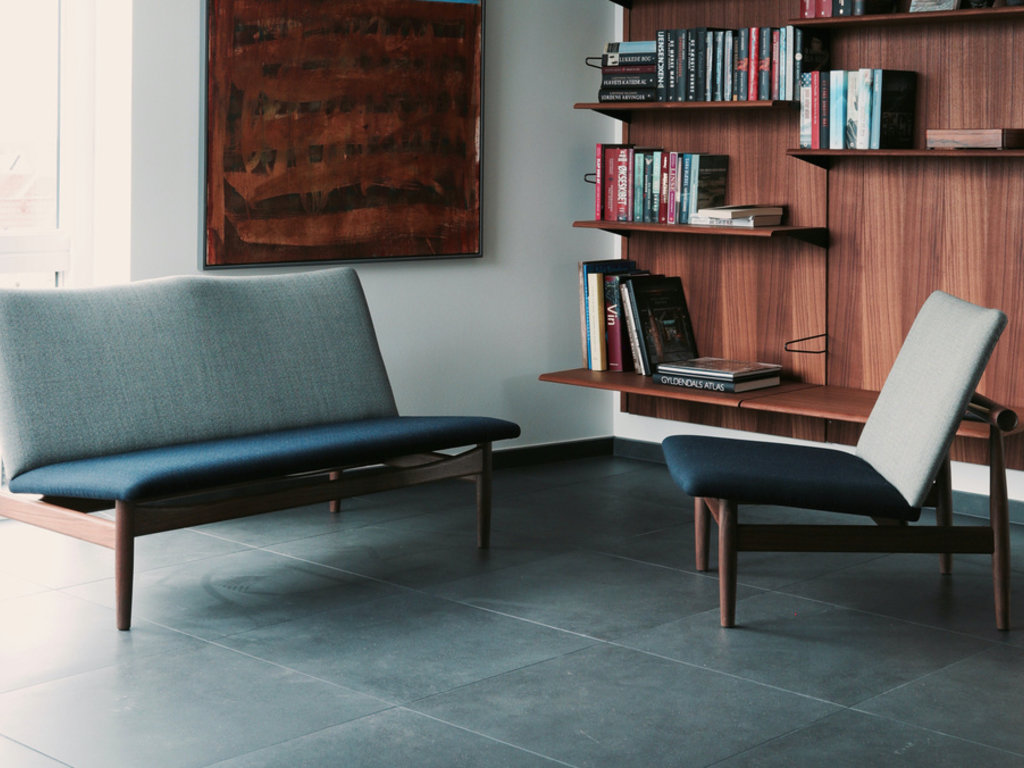 Finn Juhl’s partnership with the furniture manufacturer France & Son gave birth to a series of furniture well-suited for industrial production, while staying true to the ideals of simple designs that reigned in the 1950s. The most famous example of this cooperation is probably the Japan Series from 1957, which consists of an armchair, a footstool, a two-seater sofa and a three-seater sofa.

The sublime simplicity of this series is a far cry from his earlier furniture designs and is inspired by traditional Japanese building techniques. The solid horizontal backrest, resting on the slightly tapered legs, is a reference to a Japanese temple door. The backrest ends in a circular recess, adding an optically refined impression with great effect. That was very typical of Finn Juhl, who famously said that deviation is in the detail.

Even with this simple construction, Finn Juhl is true to his idea of emphasizing the difference between the carried and the carrying elements by separating the backrest from the bearing frame with brackets in brass. The Japan Series is produced in oak or walnut with handsewn upholstery in fabric.

As one of the leading figures in twentieth century furniture design, Finn Juhl is responsible for introducing North America to the Danish Modern movement through his work on the United Nations Headquarters in New York City. Originally trained as an architect, he began creating furniture for himself in the 1930's and soon gained widespread recognition for his organic forms and expressive treatment of wood, often taking the material past the limits of what was thought possible. Thinking with the mindset of a sculptor, his ambition was to design furniture with movement and life.