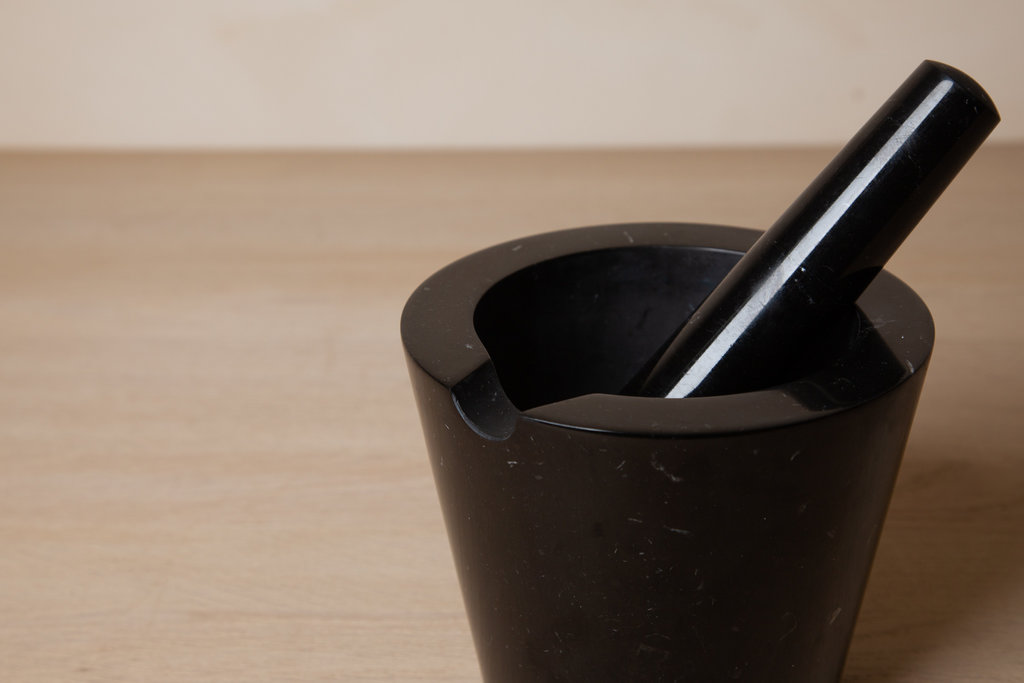 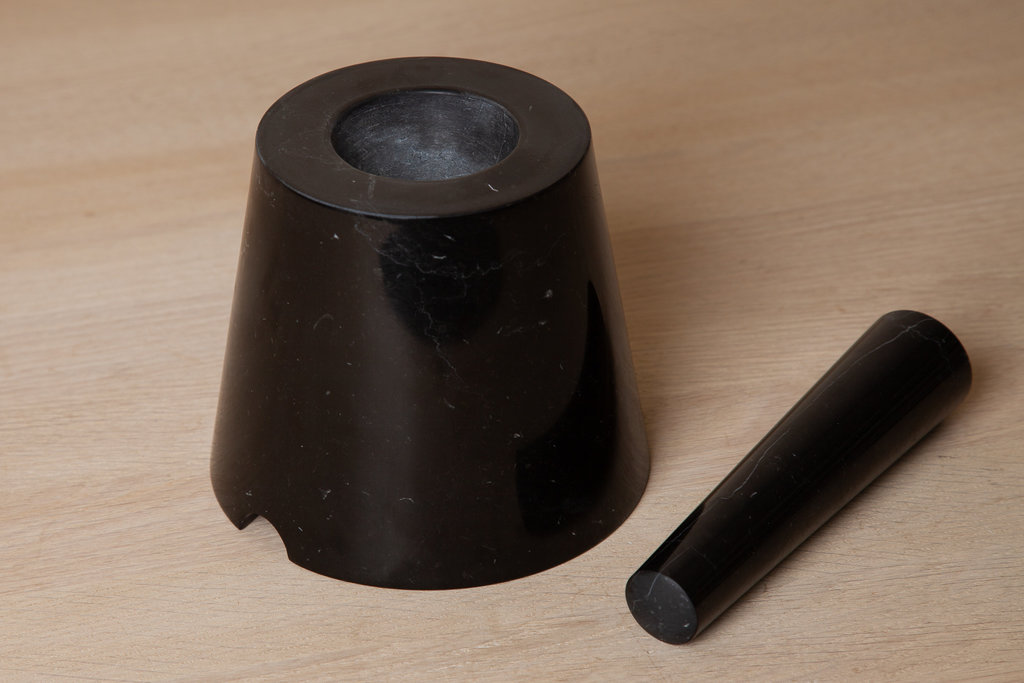 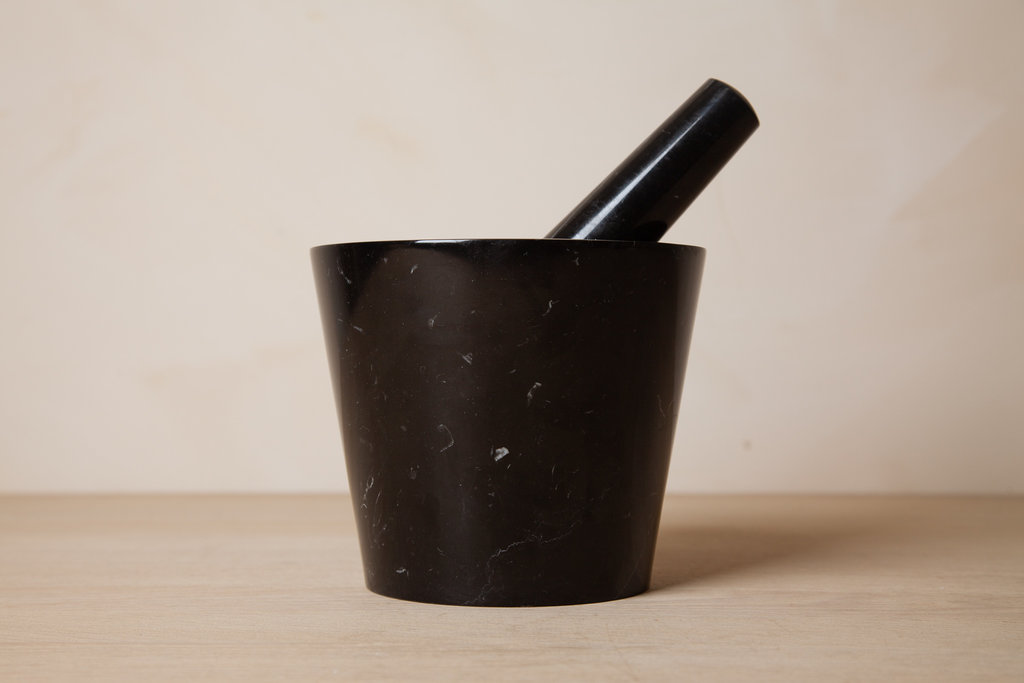 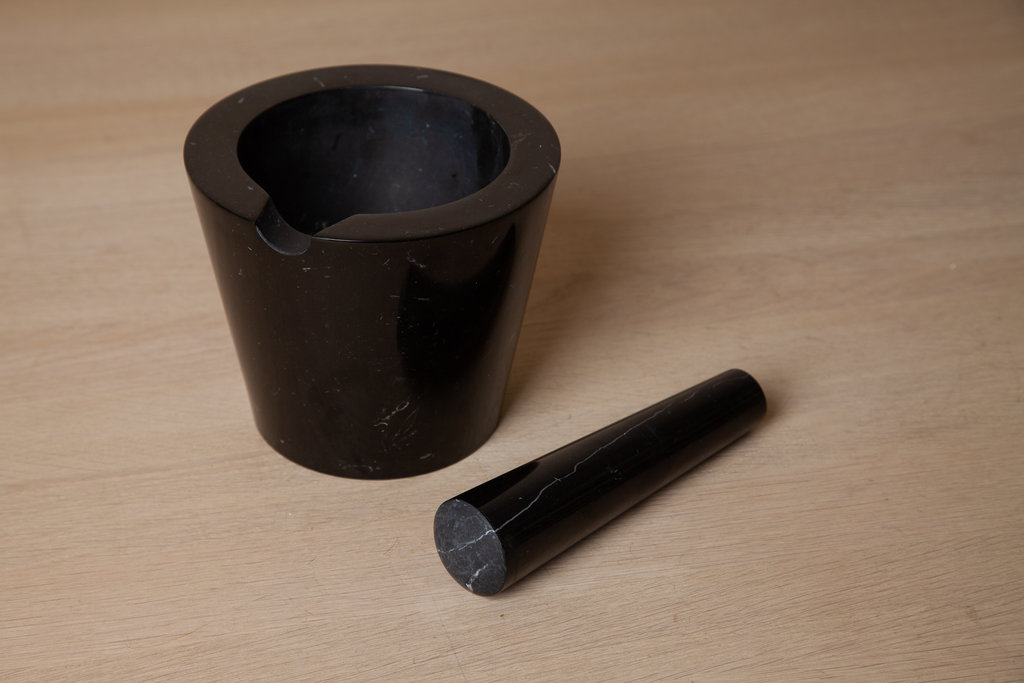 A substantial mortar and pestle by Swedish designer Ingegerd Råman made exclusively for Mjölk. The set is made in Italy of the finest black Nero Marquina marble with subtle veining. The masterful interplay of both polished and honed surfaces indicate areas of work and areas of touch. The large bowl can be used to make generous amounts of pesto or guacamole, and then by turning the mortar upside down and using the narrow end of the pestle you find find a smaller reservoir used for crushing spices.

Although marble has been employed for a millennia by use of mortar and pestles please keep in mind marble is a natural material and acidic ingredients such as lemon can discolour the stone.